"I discovered the Grateful Dead back in the early 70"s when I was 15 or so when I was heavy into the Kings- BB, Freddie and Albert . I heard the Dead and was blown away by Jerry Garcia - and then realized he was listening to and stealing the same stuff I was."  - Dave Dardine

Cowboys Dead first formed in 2007 to explore the music of Marty Robbins, Bob Dylan, Johnny Cash, Jimmy Reed, Don Nix, Merle Haggard, New Riders, Rolling Stones, Peter Rowan and more...like the Grateful Dead was doing back in the late 60's, early 70's. With a passion for the sound of the good ol' Grateful Dead,  Cowboys Dead reaches deep into the the Dead's repertoire, playing great Pigpen era tunes such as Smokestack Lightning, Mr. Charlie, Alligator and It Hurts Me Too as well as many of their lesser known covers.

If you think, after listening to the band, that they don't sound like other Grateful Dead cover bands, then you are right. Bands replicating the late 80's/early 90's Dead sound are everywhere. Cowboys Dead takes the music back to its Americana roots, and uses that platform as a springboard into their own explorations. Their sound is clean, un-processed and unique.

Cowboys Dead founder and lead guitarist, Dave Dardine, came up with the name from a bootleg Grateful Dead LP with the same name. The Cowboy's Dead LP was recorded live at Harpur College, May 2, 1970. The set list from that show became a loose road map for the band.

"Cowboys Dead" is also a tip of the hat to the late, great "Cowboy" Neal Cassady, the larger-than-life man who infamously was at the wheel and whose ineffable spirit lives on in the writings of Jack Kerouac, Allen Ginsburg and Ken Kesey, and certainly in the music of the Grateful Dead.

Dave Dardine, an NY native, got on the bus at first his Dead show at Dillon Stadium in 1974 which he credits for turning him on to what happens when the music plays the band. He leads Cowboys Dead with a drive and passion for excellence in live music. Never satisfied with the surface, Dave has spent a lifetime digging deep into the roots of the Grateful Dead sound, especially the music that influenced Jerry Garcia - from bluegrass to blues to jazz to country and reggae. Dave is a well respected musician along the front range, having played in many popular local and regional bands since moving to Colorado in 1988. Dave's other current project is a three piece alt-blues band called Dave Dardine & The Wizards of OZ, and he is the President of the High Plains Blues Society. He is an engineering tech by trade, and enjoys old movies, bicycling, plastic scale modeling, world and music history and guitars. He is a veritable encyclopedia of guitar knowledge and a lifetime student of music.

Ken Duran brings a mid-western twang to Cowboys Dead, having grown up in eastern Nebraska before migrating to Colorado in the late 80's. Over the years, Ken has played in several bands including Shutdown Friday, Crow For Day, Bitter Dregs, Dishwasher Safe, and the Dave Dardine Project before joining up with Cowboys Dead. An engineering tech by training, Ken sets up the sound system for the band. He is also a classic car enthusiast and enjoys hiking and road trips.

Ed Anderson cut his harp playing teeth at local Blues Jams. His vocals have been compared to the great Willy Nelson, and he plays his harp with his whole heart and soul. Ed is a Colorado native and he brings to Cowboys Dead a real-ness and authenticity that can best be described by the immortal words of Popeye, "I yam what I yam". Ed loves camping and hanging out with his family.

Doug Salmon is a well-seasoned bass player who has played with national touring acts as well as local and regional acts. Doug is an electrical engineer by day, originally from Salt Lake, UT. He is a rare book enthusiast, studied theology, has researched his family tree back many generations, is a movie buff, loves going to Dazzle and generally has an animated opinion on many subjects. Ask him about Boone.

Dave White completes the line up on drums. Originally from the great state of Mississippi,  Dave has been a staple on the Front Range music scene for many years, and also currently drums for Peaches Embry and The Incorrigibles.  He has an encyclopedic knowledge of the early Grateful Dead and can recount shows with amazing clarity and detail. Just try and stump him! He loves hiking in Rocky Mountain National Park and going to concerts. 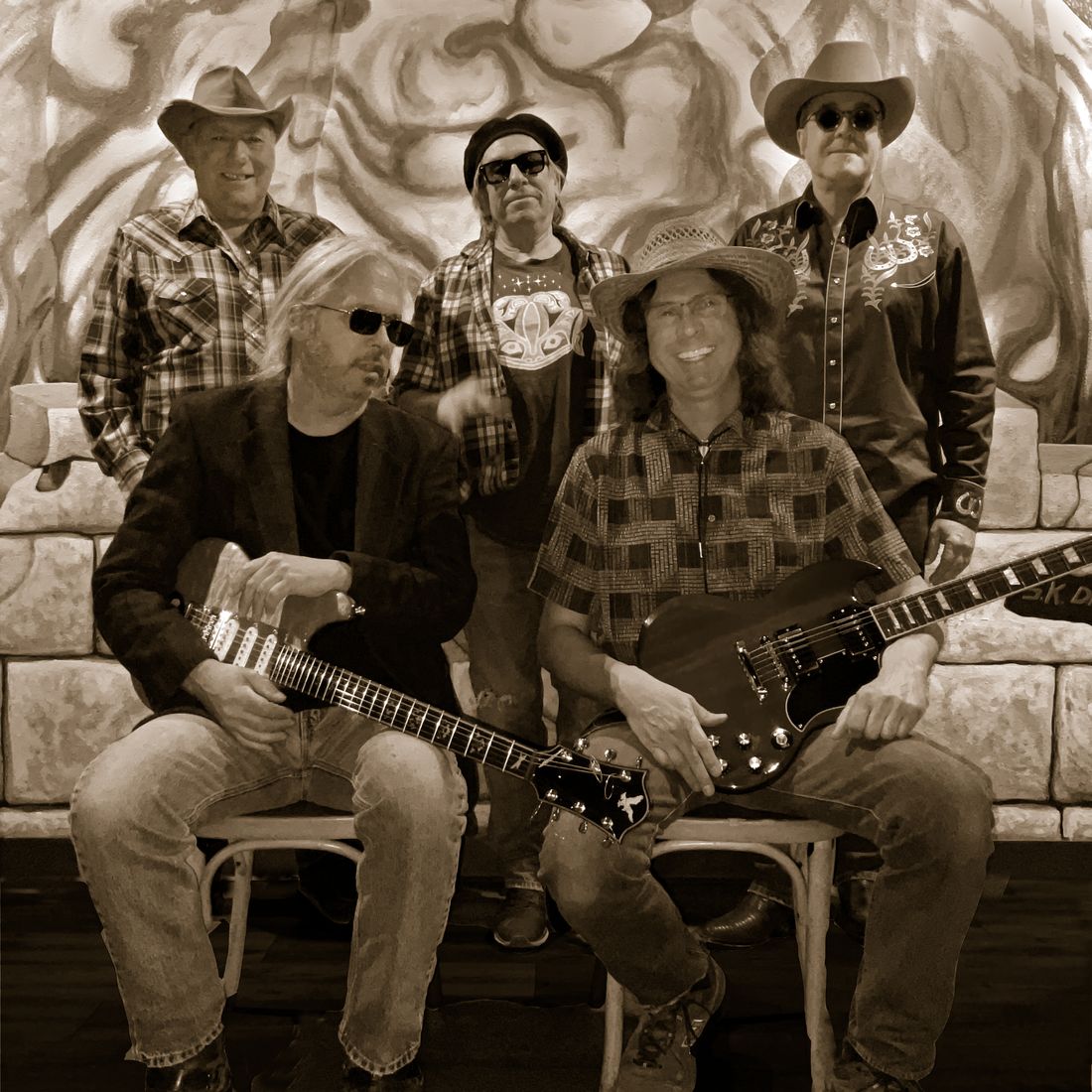